Photographed by Theo Bakker on at the VAM rubbish dump in the north-eastern part of the . 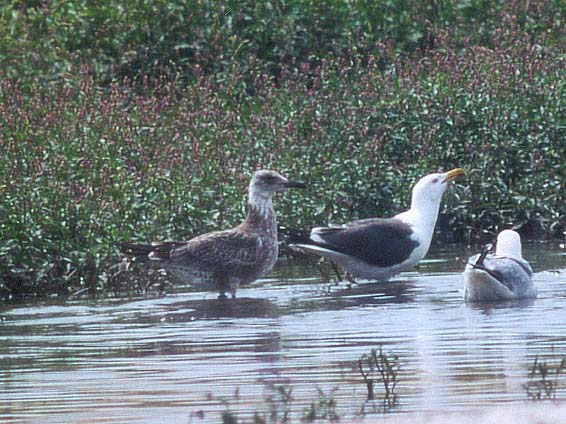 Note its large size compared to the Lesser Black-Backed Gull Larus graellsii to the right, its small pale head, sloping forehead with its firm parallel bill and its elongated appearance and upright stance. The outermost greater coverts are virtually unmarked and the undertail coverts are spotted, not barred (both unlike e.g. YL Gull). The tertials are dark brown with a rather broad, pale edge. 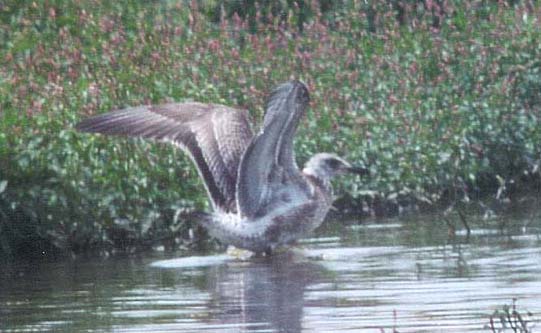 This picture shows the rather pale underwing, which can be almost white on some birds. Note the almost unmarked brown belly with the large darker spot near its legs, the white undertail coverts with just a few dark spots (not barred as in Herring and Yellow-legged Gull) and the pale edge on the median and greater coverts, thus creating a double wingbar-effect. 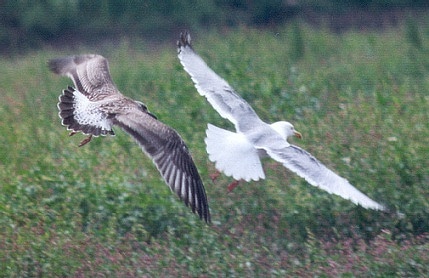 Here the almost white uppertail-coverts, with the broad black tailband can be seen, along with the obvious thayeri-like (or 'Venetian blind') wingpanel, reaching from P1 to P8 and the pale edge to the greater coverts.

Note that juvenile Caspian Gulls apparently can show a white trailing edge to their tailfeathers, which (apparently) wears off later.