This page is a portrait of a Common Gull, ringed as a chick in Amager near Copenhagen, Sjælland in Denmark (55.38N / 12.34E) on 25 June 1970. So at the moment of photographing this bird is a respectable 33 years and 6 months old! It makes it the oldest known CG of Europe The high age of this bird can be told in the field and, to some degree, from these pictures. The eyes are a bit 'watery' as also can be observed in elderly people. Also the forehead looks a bit shrunken in, which makes the bill look long and thin. The pictures were taken at a night roost of mainly CG and Black-headed Gulls. Here, it spend most of its time looking around, dozing off every now and then and preening very carefully and deliberate. 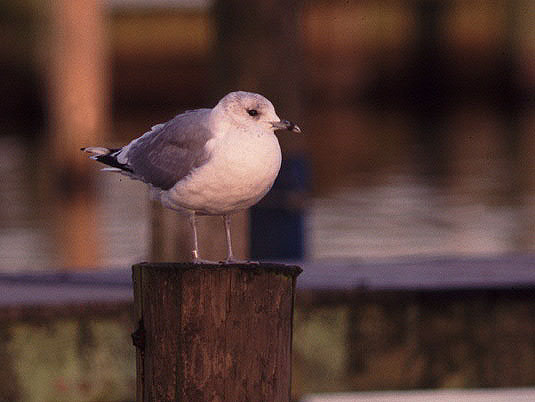 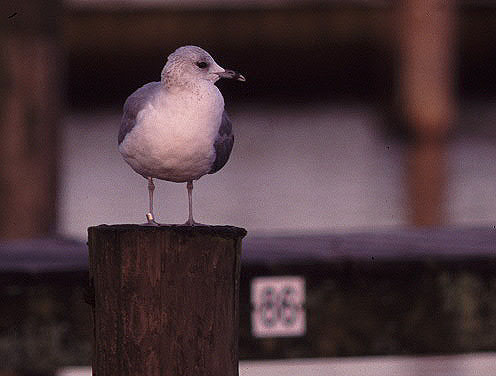 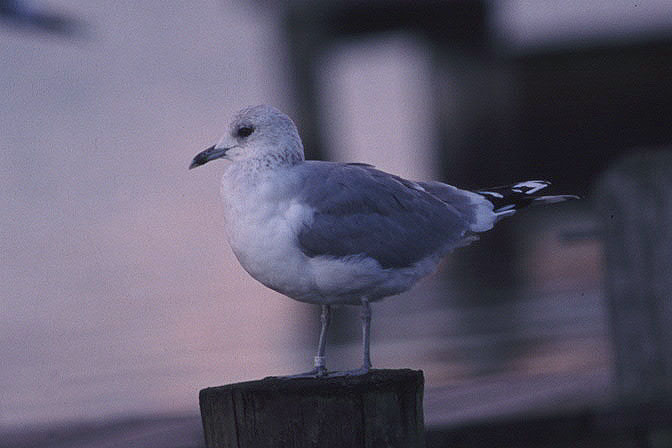 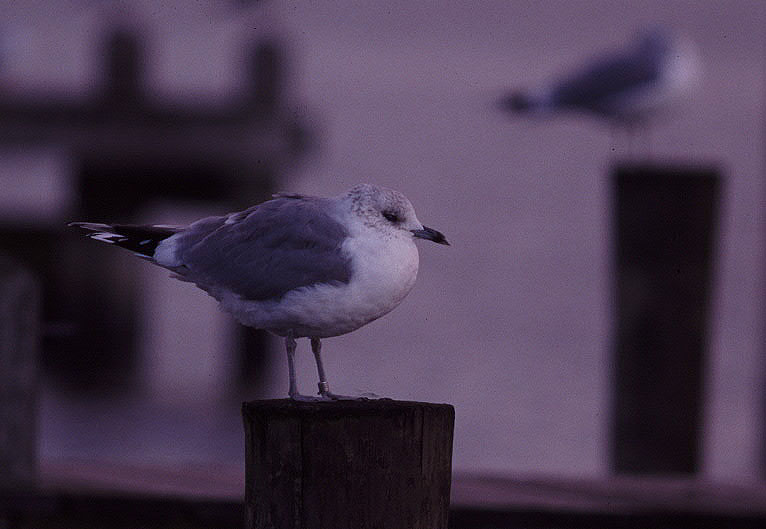 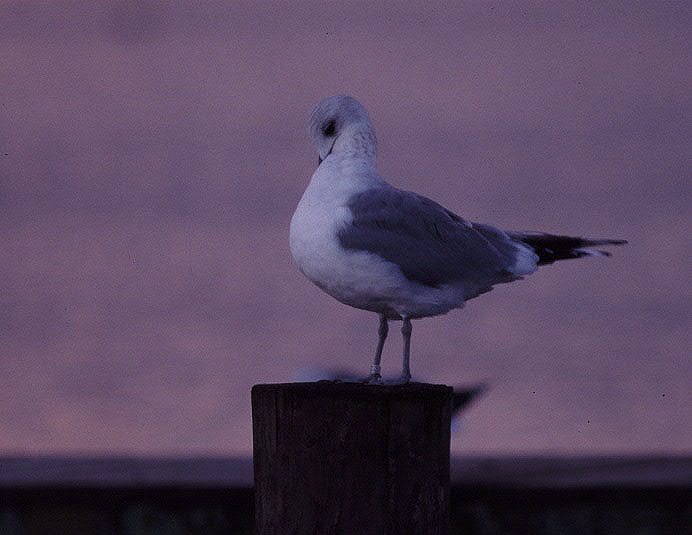 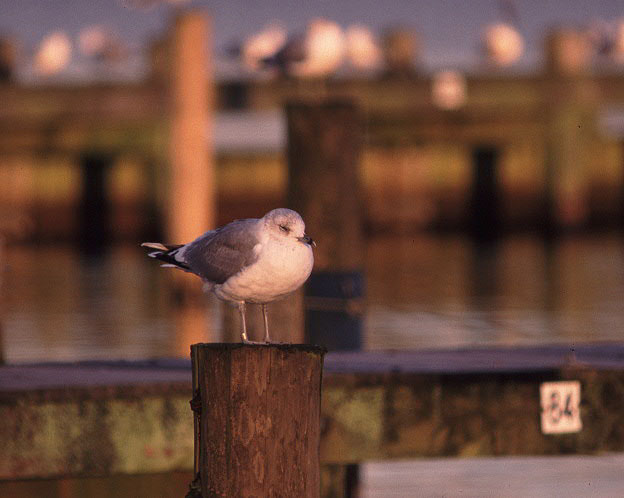