Pictures of 1st winter birds, taken near the city of Groningen in the Netherlands 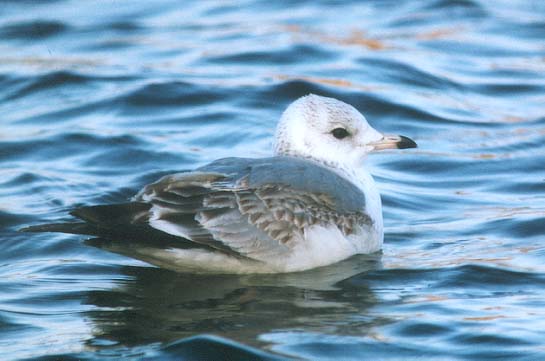 A bird with barred head and underparts, often associated with Ring-billed Gull L. delawarensis. The mantle and scapulars of this bird, however, are too dark and the bill too slim. Another key to the identity of this bird is the metal ring on its left leg, which is Norwegian…