Some pictures of adult birds, actually the first on my site (!) since they are not easy to capture on photo over here in the NE part of the Netherlands (same goes for adult Yellow-legged Gulls). This bird was photographed in Helmond on 1 December 2001. 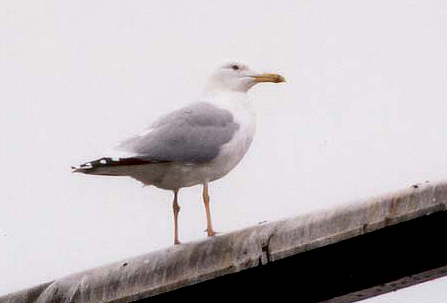 Note the rather thin yellow legs, dark eye, rounded head and long slim bill with tapering end. Some adult CG can show deep-yellow legs rather than the well-known pinkish or 'colourless' yellow legs. 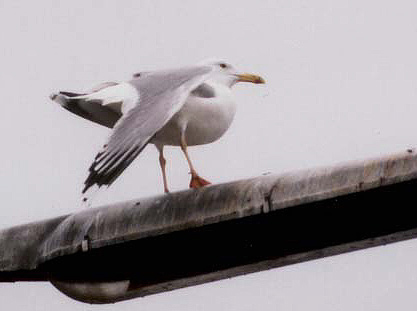 In this picture the key wingtip-features for CG are shown. The outermost primary (P10) shows a large white tip whilst P5 shows a firm black band with also a black spot on P4. Note also that the grey of the wing is protruding far into the black of the primary tips (grey tongues)