This nice adult Caspian Gull was photographed by Rik Winters on a windy at the VAM rubbish dump near Wijster, the . Note the typical structure with the small head, elongated body with long wings and long, slender legs, sloping or 'pear-shaped' forehead, long, parallel and fine-pointed bill and high-held breast. The mantle colour doesn't look much different from the surrounding Herring Gulls in these pictures but would in real-life appear a bit more neutral grey. 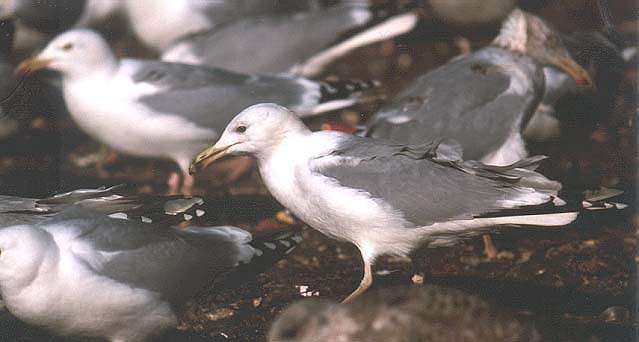 In rest CG usually has a sloping forehead but when alert this more egg-shaped head is typical. The bill is dull-yellow with some red in the gonys and a dark band, with the black extending to the cutting edge of the bill. The gape extends rather far into the face of the bird and it's coloured orange (more obvious in the bottom picture). The bill is longer and more slender than in Herring Gull and also more parallel-sided with a weak gonydeal angle. The eye has a dark-grey iris and orange orbital ring. The legcolour is dull yellow with a pinkish wash. Note again the slenderness of the legs compared to the Herring Gull in the background on the left. 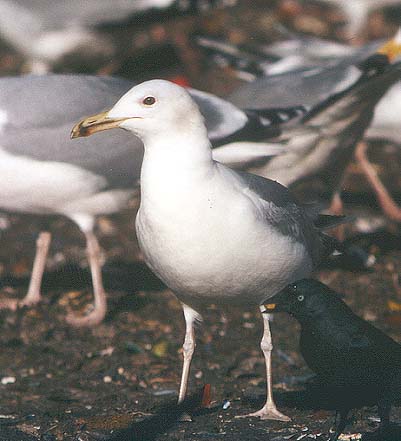 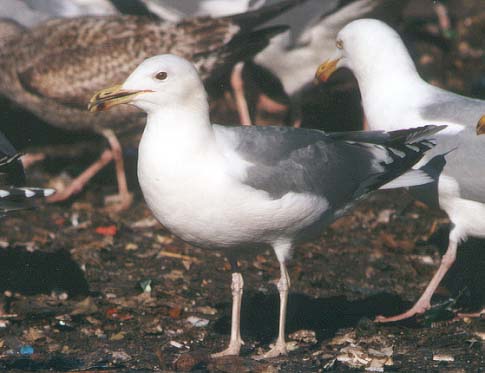