This juvenile Caspian Gull, moulting to first winter was photographed on on the VAM rubbish dump near Wijster in the . It bore a Polish ring and was ringed as a chick on at (Malopolskie), (50.01' N / 20.59' E). Although the Polish populations are infamous because of their hybrid possibilities, this bird seems to be a pure cachinnans in every respect (in the field even in sound!). 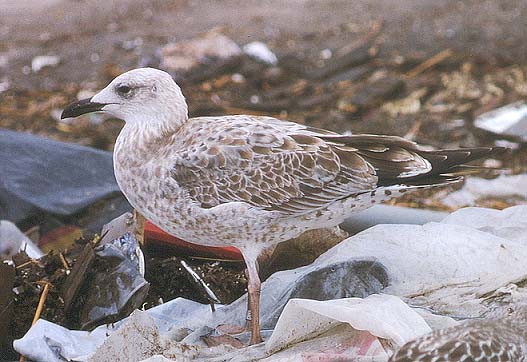 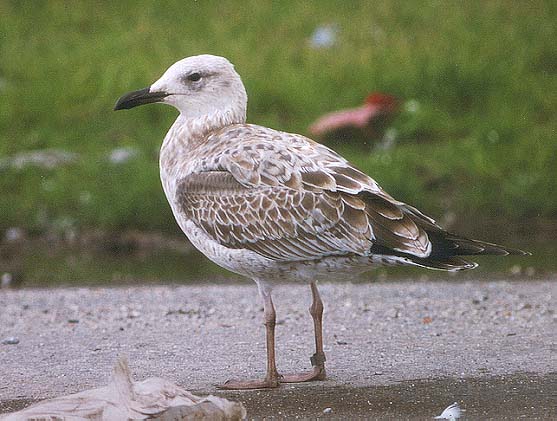 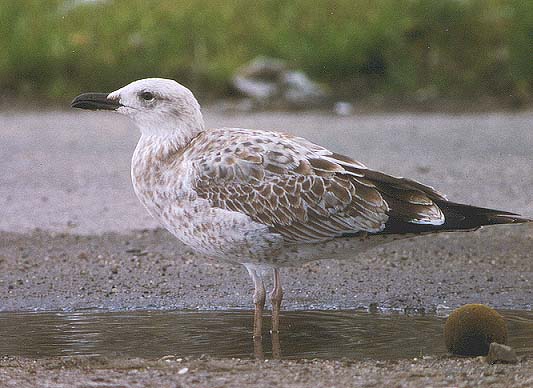 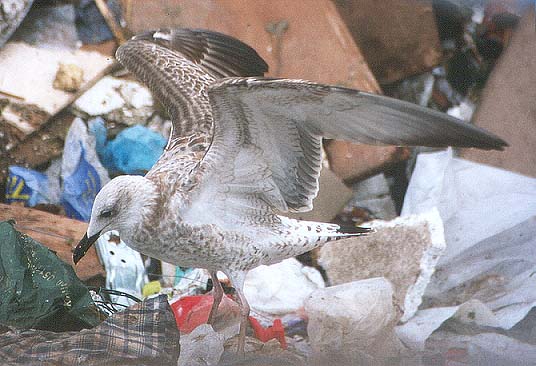