This 3rd winter Caspian Gull alongside two Herring Gulls was photographed on at Lauwersoog harbour in the (with rain and winds up to 9 Beaufort from the North). Although the bird could go through life as a 4th winter it still showed some dark spots on the tailfeathers. Also the rather dark bill fits better on a 3rd winter. The primaries are adult-looking but there is a dark smudge visible on the greater coverts. The legs are pale pink with a hint of yellow. It is most likely the returning bird on this location from last year and very likely also from the year before that. See therefore this page (as 2nd winter in 2000-2001) and this page (as 1st winter in 1999-2000). The 2nd winter bird also showed a dark bill but compare the dark spot on the bill in the pictures below. 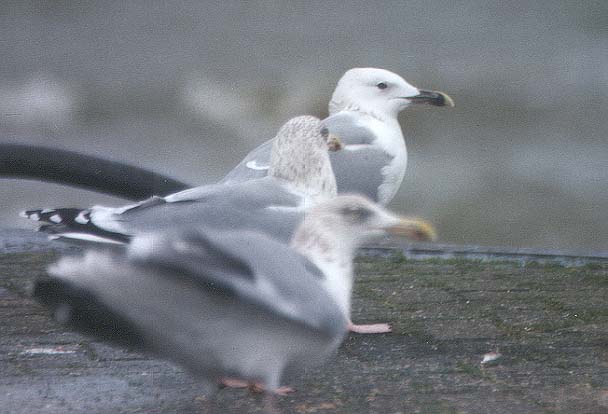 Compare the different headshapes of this bird in the picture above (alert and very CG-like) and on the left (more at rest). In the left picture the grey iris is visible.

The picture below shows last years bird. Compare the shape of the dark spot on the upper and lower mandible… 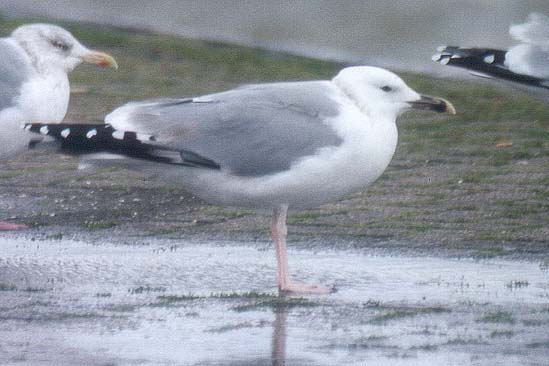 In flight the bird reveals its immaturity by the dark smudges on the greater primary coverts whilst the primaries already show the adult markings including the grey 'tongues' protruding into the black of the primaries. Note the firm black band on P5 and the black spot on P4 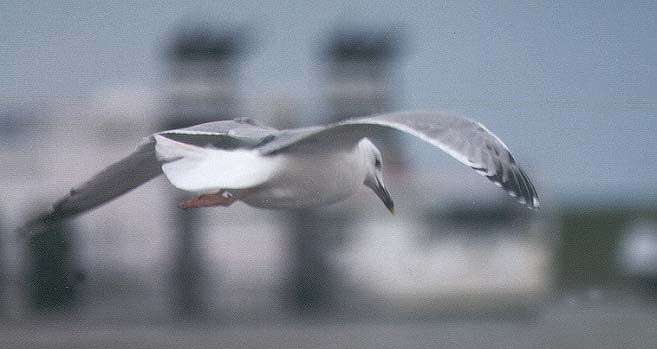