This 1st winter gull was photographed by Rik Winters at the at the end of the Hel-peninsula, northern on 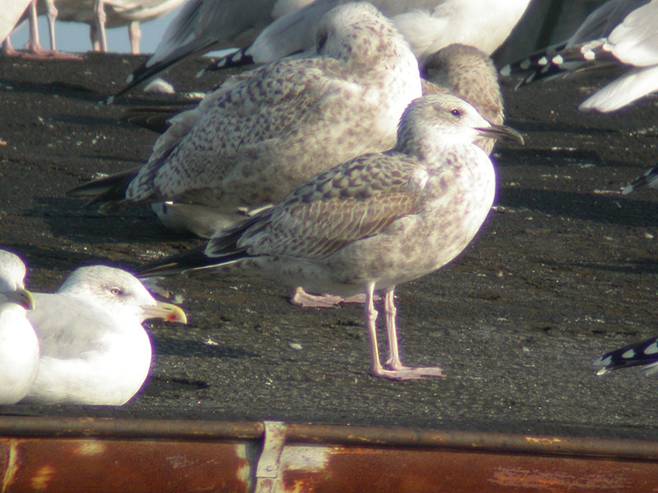 It is always tricky to speculate about the parentage of such birds but here I go:

The cachinnans-features of this bird are the long wings and long thin legs and the long, slim and parallel bill. The pattern on the tertials, with the broad pale edges, also fit cachinnans. The wingcoverts are of an orange-brown tinge that I (personally) associate with cachinnans. The headshape and the bold patterns on the scapulars, however, aren’t like cachinnans at all. These could fit both michahellis and argentatus. I ‘m slightly in favour of michahellis because of the darkish mask around the eye and the square-ish and deep headshape. On the vent and undertail coverts some small chevrons (not unlike cachinnans) and bolder markings (arg/mich) can be seen. The markings on the greater wingcoverts seem somewhere in between cachinnans and michahellis, perhaps a bit closer to the latter.

Back to the gull index