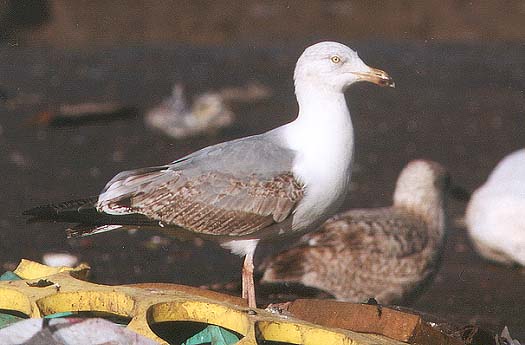 Three different 2nd winter birds, the first two photographed near Wijster in the in February 2000, the last one at .

With its white head and underparts red orbital ring, pale eye and yellow bill this bird could also be qualified as a 2nd summer. The upperparts are quite dark and the upper tertials are adult grey, with the others being almost black with a broad pale fringe. The tailband is still solid black. Typical features of YLG like, the firm stubby bill and the long wings are also visible here. The legs are a bit orange. 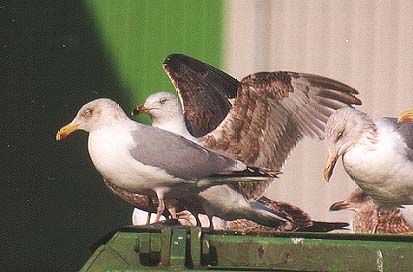 The same bird one week later and with less sunshine, making it a bit darker. 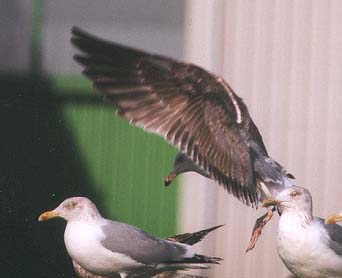 The same bird on 26 February. In the left picture the overall darkbrown upperwing with the restricted wingpanel can be seen whilst in the right picture the dark underwingcoverts are clearly visible, all being typical of YLG up to this age. 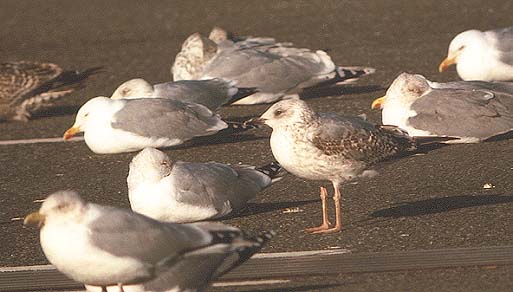 A totally different bird photographed on February 12th 2000. This bird is somewhat small with more spotted head and flanks and a dark iris and bill. It however still shows the typical long legs and wings and the head- and billshape of YLG.

The same bird as the one above. Here the typical stubby bill, dark primaries with a restricted wingpanel and the white uppertail with the contrasting dark tailband can be seen 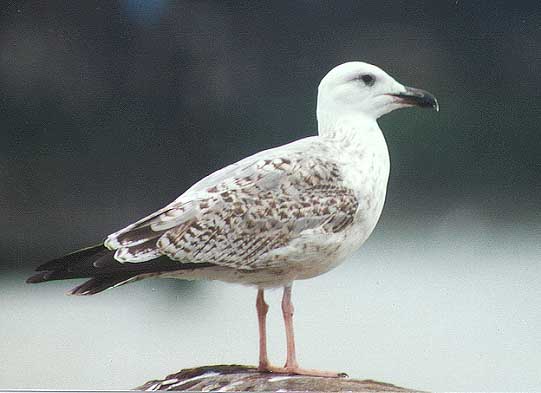 This 2nd winter was photographed by Rik Winters at Le Portel, France in October 1999. Note again the long legs and wings, the almost black tertials with the white band and the firm stubby bill.