In the Finnish birdmagazine Alula 98:4 an article by Lars Jonsson deals (amongst other things) with the identification of Baltic/yellow-legged Herring Gulls from eastern Fenno-Scandia, also known as omissus. In this article omissus is described as light mantled (i.e. not darker than the argentatus/argenteus-type in NW-Europe, whereas northern argentatus in the Norwegian Finnmark shows a darker mantle, as probably in

this page), long-winged with usually a black band on P5 and with a strong tendency to show yellow legs. The yellow legs are probably diet-related (carotenoids). However it seems reasonable to assume that there is also an element of genetic inheritance for developing yellow legs. It is also well known that the colour of legs, bill and orbital ring changes with age and season (L.Jonsson, Alula 98:4). 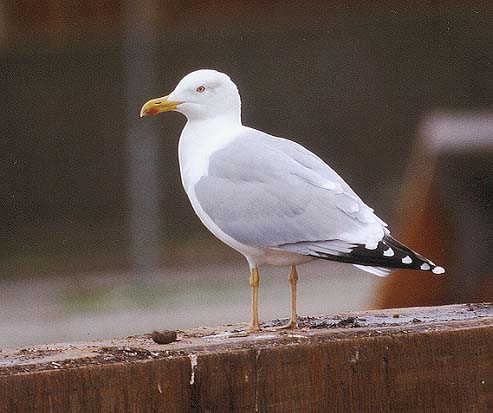 The same bird appears below. Note the large white tip on the outermost primary (P10) and the obvious black band on P5. Note also that its mantle colour is not notably different from the surrounding Herring Gulls. 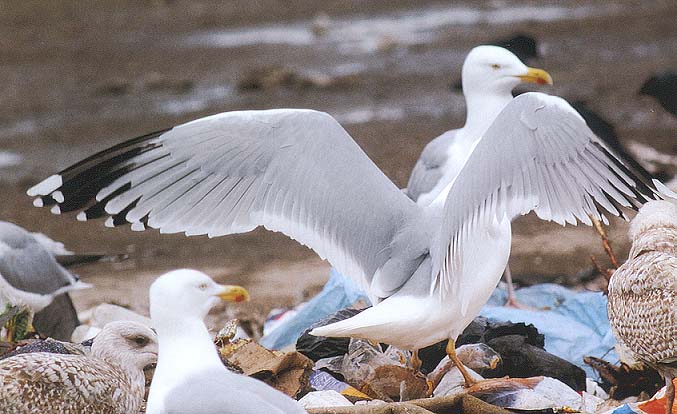