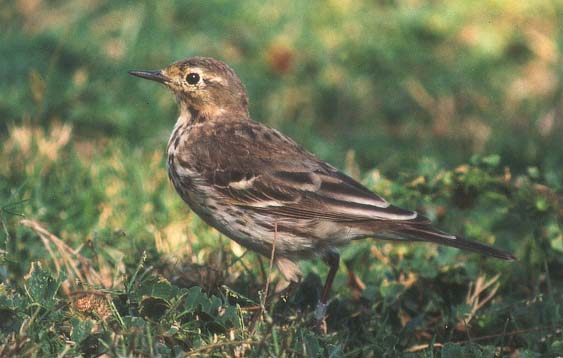 This Siberian (Buff-bellied) Pipit (A. r. japonicus) was photographed at Ophira-Park, , on . It was one of at least two birds there present and the one easiest to be found, being ringed. 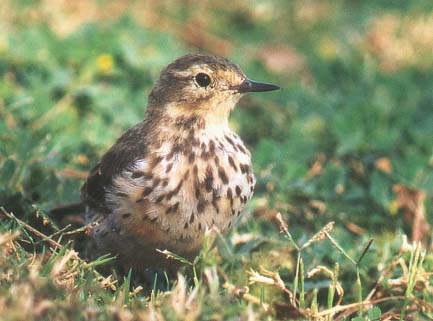 In the picture above and to the left some key features of this (sub)species can be seen, such as the pale lores, the complete eye-ring and the distinct supercillium. The upperparts are dark grey-brown and sparsely streaked. The large white tips to the median and greater wingcoverts (the first in fresh plumage being bolder than the latter) and the large dark malar-patch -both in a more fresher plumage good fieldmarks- are mostly worn off. The underparts are distinctly streaked, in that recalling Red-throated Pipit. Some summer-plumage buff is already shining through in the face and underparts. 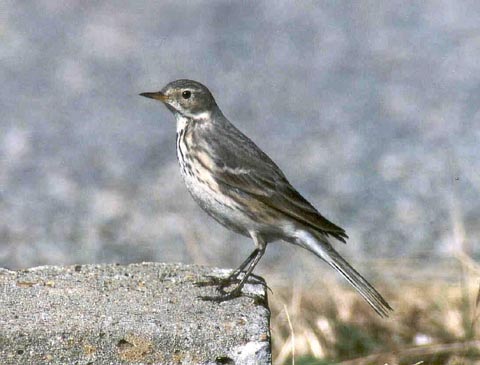 American (Buff-bellied) Pipit A.r. rubescens. Brazos Bend State Park, Texas, USA, 16 December 2000. Both pictures by Roef Mulder. The underparts are more diffusely (pencil-) streaked. The upperparts are of a greyer tone than in Siberian Pipit. The legs are black on American Pipit and dark-red or paler on Siberian. 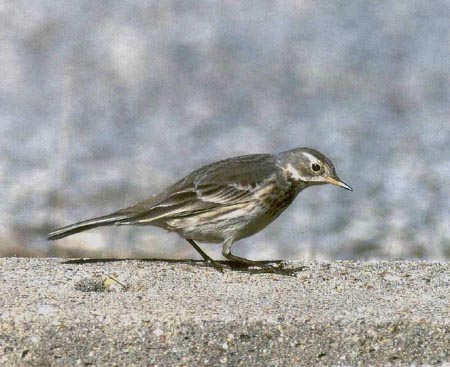 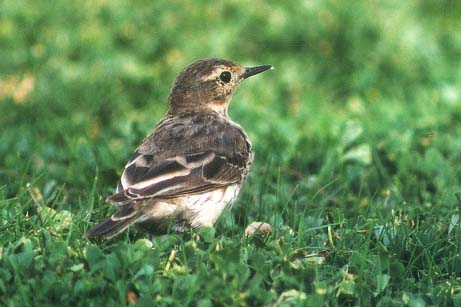 Again, the sparsely streaked upperparts can be seen, thus separating it from Meadow Pipit A. pratensis. Note also the rather slender bill. In the picture below the dark-red legs are visible. In Water Pipit A. spinoletta they are deep black. The latter has also got dark lores. 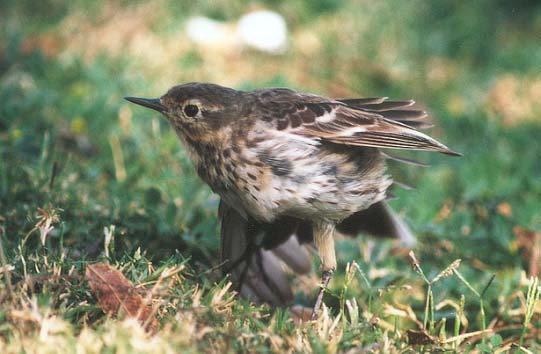 For a more in-deep article on SBbP at surfbirds.com click here

For American (Bb) Pipit showing features of Siberian click here. Identification of the two (sub)species might not be that straightforward…