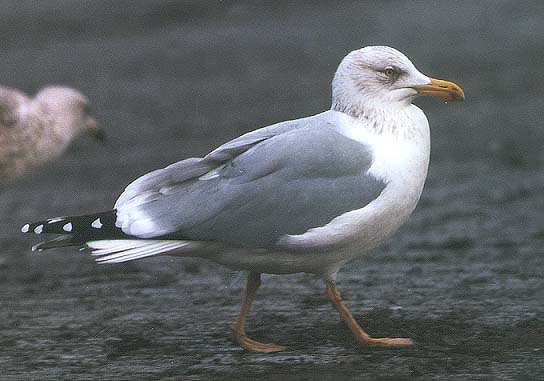 This yellow-legged Herring Gull (sometimes called omissus) was photographed on January 7th 2001 at the VAM rubbish dump near Wijster, the Netherlands. The picture is rather dark but the mantle colour was comparable to an argenteus-type HG. This bird shows a deep yellow bill and legs. Typically, the legs are rather short and the wings long. Note also the square-ish headshape (including a high forehead) with the pencilstreaked headpattern instead of dots.

Back to another omissus-type in March